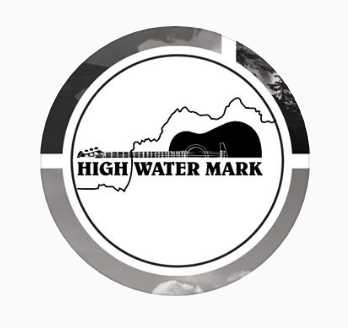 –Click/tap on images to view enlarged slides and captions

BRIEF: Create a distinctive mark for a new band in town.

SOLUTION: The band’s members all work as river guides when not playing music together, and thus, the name is a nod to river-running terminology. The graphic is composed of a guitar—the primary instrument in this folk/rock band—with a “high water mark” graph, typically found on some rivers to mark current water levels and, quite familiar to those working as whitewater guides. It is also generally known to mean “the highest peak in value.”

The identity/logo is primarily used on social media pages, and various articles of clothing for sale at the band’s performance venues, as well as ads and signs promoting specific engagements.